It is remarkable that the most serious intervention by the federal government to protect the rights of its new African American citizens during Reconstruction (and well beyond) has not, until now, received systematic scholarly study.

In The Great South Carolina Ku Klux Klan Trials, Lou Falkner Williams presents a comprehensive account of the events following the Klan uprising in the South Carolina piedmont in the Reconstruction era. It is a gripping story—one that helps us better understand the limits of constitutional change in post-Civil War America and the failure of Reconstruction.

The South Carolina Klan trials represent the culmination of the federal government's most substantial effort during Reconstruction to stop white violence and provide personal security for African Americans. Federal interventions, suspension of habeas corpus in nine counties, widespread undercover investigations, and highly publicized trials resulting in the conviction of several Klansmen are all detailed in Williams's study.

When the trials began, the Supreme Court had yet to interpret the Fourteenth Amendment and the Enforcement Acts. Thus the fourth federal circuit court became a forum for constitutional experimentation as the prosecution and defense squared off to present their opposing views. The fate of the individual Klansmen was almost incidental to the larger constitutional issues in these celebrated trials. It was the federal judge's devotion to state-centered federalism—not a lack of concern for the Klan's victims—that kept them from embracing constitutional doctrine that would have fundamentally altered the nature of the Union.

Placing the Klan trials in the context of postemancipation race relations, Williams shows that the Klan's campaign of terror in the upcountry reflected white determination to preserve prewar racial and social standards. Her analysis of Klan violence against women breaks new ground, revealing that white women were attacked to preserve traditional southern sexual mores, while crimes against black women were designed primarily to demonstrate white male supremacy.

Well-written, cogently argued, and clearly presented, this comprehensive account of the Klan uprising in the South Carolina piedmont in the late 1860s and early 1870s makes a significant contribution to the history of Reconstruction and race relations in the United States.

Interesting and important . . . The reader of Williams's revealing study cannot help concluding that, ultimately, the federal system and the courts were institutional roadblocks that contributed very significantly to the collapse of Reconstruction.

An accessible account of this significant episode. The work skillfully draws upon the wider literature of Reconstruction race relations, using these trials to illuminate broader legal and constitutional issues. . . . Provides an excellent microcosm of the constitutional issues of Reconstruction, illuminating how they intersected with the wider social and political developments of the era.

A valuable, dramatic, and often disturbing work. Williams is a fine writer who has crafted a powerful study of the exact moment when everything went wrong and violence succeeded in intimidating the whole country into abandoning the rights of millions of citizens.

Williams is the first historian to publish an in-depth, book-length case study of the Klan's demise in a particular state. . . . Though much of the book concentrates on legal and constitutional matters, she also offers valuable commentary on the social, cultural, and political ramifications of the rise and fall of the South Carolina Klan.

[Williams's] accounts of the trials are dramatic. She is particularly skillful in sketching the personalities of the judges and attorneys involved, and her conclusion is convincing.

Essential reading, especially at the present time . . . Provides far more food for thought about both past and present than many far-longer tomes.

Well written and persuasively argued . . . Williams is to be congratulated for finally dealing fully with the failed efforts to implement Reconstruction reforms. Her book is a valuable contribution to the study of Reconstruction.

Whether you enjoy reading about history, civil rights, or law, anyone from South Carolina can learn more about this brutal and difficult period in our state's development through this book.

LOU FALKNER WILLIAMS is an associate professor of history at Kansas State University. 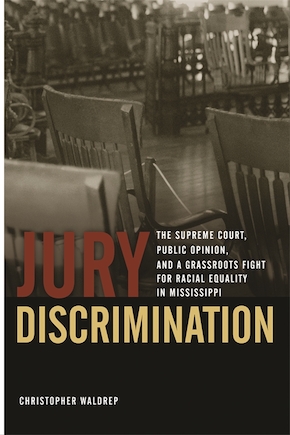