Labor, Politics, and Capital Mobility in the Textile Industry

Labor, Politics, and Capital Mobility in the Textile Industry

With important ramifications for studies relating to industrialization and the impact of globalization, A Common Thread examines the relocation of the New England textile industry to the piedmont South between 1880 and 1959. Through the example of the Massachusetts-based Dwight Manufacturing Company, the book provides an informative historic reference point to current debates about the continuous relocation of capital to low-wage, largely unregulated labor markets worldwide.

In 1896, to confront the effects of increasing state regulations, labor militancy, and competition from southern mills, the Dwight Company became one of the first New England cotton textile companies to open a subsidiary mill in the South. Dwight closed its Massachusetts operations completely in 1927, but its southern subsidiary lasted three more decades. In 1959, the branch factory Dwight had opened in Alabama became one of the first textile mills in the South to close in the face of post-World War II foreign competition.

Beth English explains why and how New England cotton manufacturing companies pursued relocation to the South as a key strategy for economic survival, why and how southern states attracted northern textile capital, and how textile mill owners, labor unions, the state, manufacturers' associations, and reform groups shaped the ongoing movement of cotton-mill money, machinery, and jobs. A Common Thread is a case study that helps provide clues and predictors about the processes of attracting and moving industrial capital to developing economies throughout the world.

A Common Thread weaves together the histories of labor, politics, and industrial development in a way that is both compelling and insightful. . . . If I have a single complaint with this work it is that I enjoyed it so much and found it so compelling that I wish it were longer. . . . [A] nuanced and clearly written analysis . . . A Common Thread is a must-read for historians and scholars of contemporary labor and industrial development. Exceptionally well-written, this work deserves a place on the shelves of historians of labor and working-class history, the U.S. South, women's and gender history, business and economic development alike.

Alongside Jefferson Cowie's Capital Moves, Beth English offers one of the first works of business and labor history to take seriously an industry-wide, cross-regional analysis that is a necessary prelude to understanding the challenges facing working people in an age of globalization. This careful case study is filled with both analytic and strategic insight.

—Leon Fink, author of The Maya of Morganton

A solid work that illustrates admirably the reasons behind the rise and fall of the textile industry in both the North and the South. . . . By deftly weaving together business, political, and labor history, English offers an historical case study of how one U.S. company struggled to remain profitable in the face of interregional competition.

While adding to the industrial and labor history of Alabama, English contributes to a growing body of southern industrial history that seeks to place the South in a broader, trans-regional, and trans-national economic context that challenges the idea of southern distinctiveness. . . . Cogent and tightly written, A Common Thread demonstrates the historical and ongoing relationship between developed and less-developed regional economies. English efficiently links the American South to a broader history of international economic development and labor organization.

Drawing on a broad range of archival and published primary sources, A Common Thread is written in a clear, well-organized manner and adds to the literatures on industrial restructuring and southern economic development.

Provides us with a greater appreciation for the sources of the power of capital . . . English helps demystify the nature of this power, and in so doing makes it more likely that future historians will not develop quixotic ideas about these and similar labor struggles.

English's corporate-centered approach allows her to effectively show the balancing act that the manufacturers undertook to keep their mills afloat and the reasons why they deemed unions to be so counterproductive. Her book is a tremendous asset to the historiography of the New England textile industry and the industry at large.

English uses the example of one manufacturer to illustrate broader themes about the flight of the textile industry from New England to the South. In so doing, she has integrated labor and business history, offering a 'labor historian's business history.' This approach is a valuable contrast to recent studies that have concentrated largely on workers' experiences.

—Timothy Minchin, author of What Do We Need a Union For? 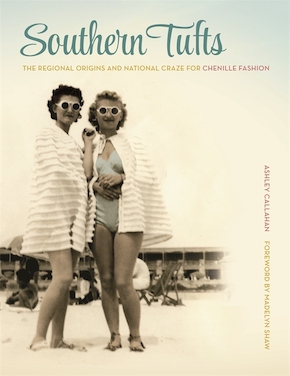 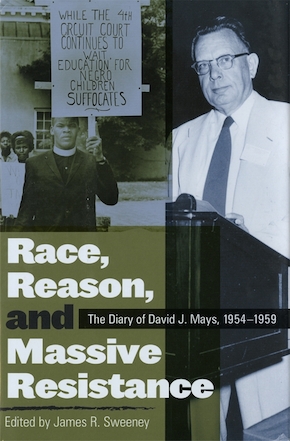