Home > The Flatness and Other Landscapes

Seen from the air, the seemingly endless "flyover" spaces that form America's Midwest appear in rectangular variations of brown, green, and ochre, with what Michael Martone terms "the tended look of a train set." In these essays, the flatness of the region becomes the author's canvas for a richly textured, multidimensional exploration of its culture and history. In the tradition of the Greek myths that inspire him, Martone begins at the beginning-his beginning-as a child who "grew up" in his mother's high school English classroom. As the essays unfold, provocative accounts of his experiences lead us on a path toward discovery of the stories that build our own sense of place and color our understanding of the world.

From depicting the details of mechanized cow-milking to relating the similarities between the Greek city of Sparta and Indianapolis, Martone subtly connects different cultures, times, and stories. "Stories We Tell Ourselves" characterizes the fluid, energetic writing that transforms a mundane small town into an intertwined, vibrant world shaped by the perceptions and memories of the people who live there. What begins in one classroom at Central High effortlessly builds into a discussion, by turns playful, serious, and poignant, that touches on myriad subjects. Before our eyes, Martone unites The Odyssey, Iowa farmers, a human genome map, American Gothic, and Dan Quayle into a saga equal to any from Classical mythology, showing us that a house, a farm, a town, a country, or a civilization has energy and dimension only through the stories of its inhabitants. The Flatness and Other Landscapes proves that our lives and the landscapes that surround us are only as flat as we perceive them to be.

This delightful train ride across the Midwest is highly recommended. . . . [Martone] writes about everyday towns, filled with everyday people. He describes the landscape with such passion that his essays become like word-paintings, and its inhabitants seem like characters in a film.

[A] creative tour of an unassuming yet truly vital place . . . Here, in no-nonsense, deeply felt, and dryly humorous essays, he rejects the tired image of the heartland, suggesting that the Midwest is more like skin. . . . Martone parlays this arresting observation into captivating meditations on flatland life.

Michael Martone writes with deep affection for the ordinary. In his hands, the quotidian dreams of the American Heartland are transformed and quietly exalted.

Martone's collection is a welcome addition to an important and growing body of literature defining the new reality of the Midwest. Martone's essays belong on a shelf with the fiction of Jane Smiley and the poetry of Ted Kooser.

In essays robust and shapely, Martone directly confronts the puzzle of why the ordinary world is so special to a writer. At the same time, he distances himself from any claim of privilege just because he is a writer.

In Martone's world, practically every place is a small town cast into the wilderness, no matter its size. The close feeling of community and family surrounded by isolation and loneliness suffuses the best of his work.

As others have exalted America's mountains and coasts, so Martone strives to pen a love song to his beloved, if flat, home. . . . He marks the Midwest with tales like thumbtacks, and in doing so not only calls attention to places that are 'hidden in plain sight,' but challenges his readers to think about the spaces between mappings, and the glittering stories waiting to be unearthed there.

Martone's gracefully written collection evokes the geography and people of the Midwest in the rhythms and dialects of the place. . . . By focusing the full power of his wide-ranging curiosity on specifics-on a stalled tractor, on windmills, on the particular house portrayed in Grant Wood's 'American Gothic'-Martone reminds us of the transcendent, the connection to the sacred, present in our everyday lives. He reveals the inner light that gleams within our 'flattest,' most mundane moments.

MICHAEL MARTONE is a professor of English at the University of Alabama. He is the author of several books, including The Flatness and Other Landscapes, Unconventions: Attempting the Art of Craft and the Craft of Art, and Racing in Place (all Georgia). His stories and essays have appeared in Harper's, Esquire, Story, Antaeus, North American Review, Benzene, Epoch, Denver Quarterly, Iowa Review, Third Coast, Shenandoah, BOMB, and other magazines. 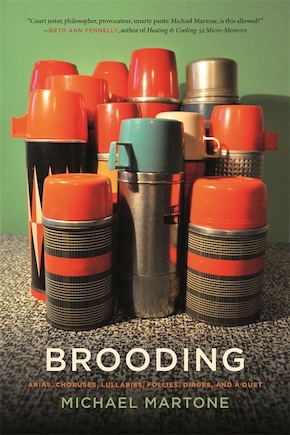 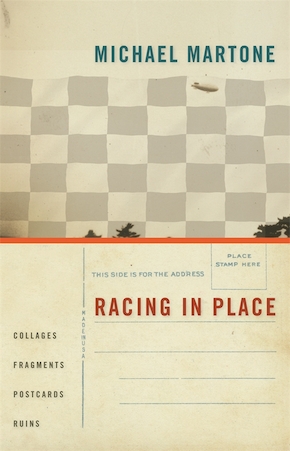 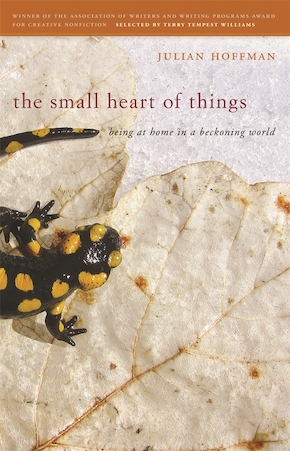 The Small Heart of Things