Home > South to the Future

An American Region in the Twenty-first Century

An American Region in the Twenty-first Century

Until recently, the American South has often been treated in isolation by historians and literary critics. In these essays five scholars of southern history and literature evaluate elements of contemporary-and future-southern experience, including place, community, culture, class, gender, and racial roles.

Fred Hobson observes in his introductory essay that the U.S. South must be seen in relation to a larger world-the Caribbean and Central and South America, as well as European countries with a similar grounding in hardship and defeat. Moreover, the South can no longer be viewed in black-and-white terms-especially if the subject is race. Joel Williamson's essay challenges fellow historians to broaden their purview by getting acquainted with Gone with the Wind, Elvis Presley, and other phenomena of southern culture(s). Linda Wagner-Martin discusses the innovative ways in which contemporary southern writers such as Charles Frazier take on traditional southern concerns and shows us how "place becomes space" for Alice Walker, Barbara Kingsolver, Cormac McCarthy, and other southern-born writers whose works are often set outside the geographical South.

Thadious Davis looks at the "youngsters" of southern poetry, fiction, and drama, revealing how their work reflects a racially and ethnically mixed, digitized, and otherwise reconfigured South. In the writings of Shay Youngblood, Randall Kenan, Donna Tartt, Mona Lisa Salloy, and others, one can see the collapsing of distinctions between the literary and the popular, and a greater comfort with social fluidity and mobility. The concluding essay by Edward Ayers, set in 2076, offers a witty glimpse of things-perhaps-to-come. Through a series of short dispatches from a sixteen-year-old narrator of Scottish-Ghanian-Honduran-Korean-Cherokee descent, Ayers transports us to the Consolidated South that counts Incarceration Incorporated among its largest employers.

As these writings signal new depths and directions in southern historical and literary studies, they compose a witty and erudite album of snapshots, revealing a region on the verge of big changes.

This book would be useful to general readers and scholars interested in Southern culture as it emerges in interdisciplinary moments.

FRED HOBSON is a professor of English and Lineberger Professor in the Humanities at the University of North Carolina at Chapel Hill. His books include The Southern Writer in the Postmodern World (Georgia), But Now I See: The White Southern Racial Conversion Narrative, and Mencken: A Life. 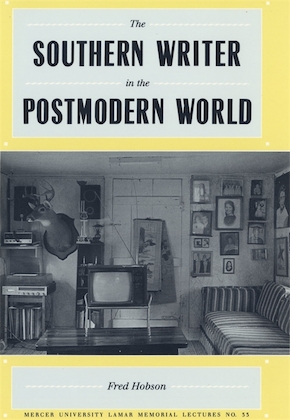 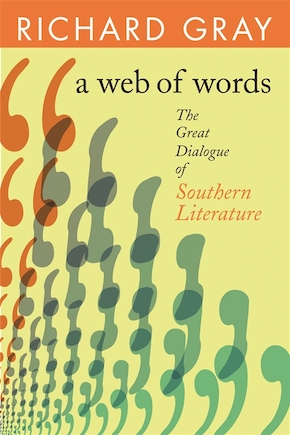