The South in the American Imagination

The South in the American Imagination

In Media-Made Dixie Jack Kirby shows how the American public's perceptions of the South have been influenced, even controlled, by the mass communications media. In this newly updated edition, Kirby surveys major movies, radio and television shows, plays, popular histories, and music from the turn of the century through the 1980s. He documents a progression in the national image of the South from the cracker wasteland of Erskine Caldwell's God's Little Acre to the antebellum wonderland of Hollywood's Shirley Temple-"Bojangles" Robinson musicals; from William Styron's searching account of the Old South in Confessions of Nat Turner to the New South ingenuity of Jimmy Carter and Ted Turner; and from the regressive back-roads of television's The Dukes of Hazzard to the complex reconciliation found in Alice Walker's and Steven Spielberg's The Color Purple.

Anybody who is even faintly curious about the South should be grateful for Kirby's lively, unpretentious little work. . . . No major ingredient of the fictive-fantasy South is left unscrutinized.

JACK TEMPLE KIRBY was the emeritus W. E. Smith Professor of American History at Miami University in Oxford, Ohio. His most recent books include Working the Garden: American Writers and the Industrialization of Agriculture and The Countercultural South (Georgia). 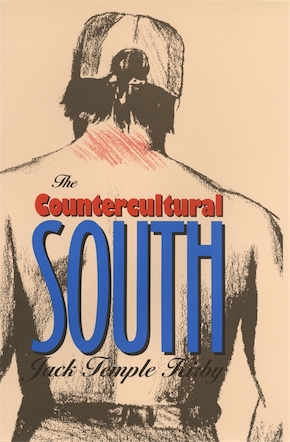