Letters of a Slave Family

Letters of a Slave Family

"Dear Master" is a rare firsthand look at the values, self-perception, and private life of the black American slave. The fullest known record left by an American slave family, this collection of more than two hundred letters-including seven discovered since the book's original appearance-reveals the relationship of two generations of the Skipwith family with the Virginia planter John Hartwell Cocke.

The letters, dating from 1834 to 1865, fall into two groups. The first were written by Peyton Skipwith and his children from Liberia, where they settled after being freed in 1833 by Cocke, a devout Christian and enlightened slaveholder. The letters, which tell of harsh frontier life, reveal the American values the Skipwiths took with them to Africa, and express their faith in Liberia's future and pride in their accomplishments.

The second group of letters, written by George Skipwith and his daughter Lucy, originate from Cocke's Alabama plantation, an experimental work community to which Cocke sent his most talented, responsible slaves to prepare them for the moral and educational challenges of emancipation. George, a "privileged bondsman," was a slave driver. His letters about the management of the plantation include reports on the slaves' conduct and any disciplinary actions he took. Readers can sense George's pride in his work and also his ambivalence toward his role as leader in the slave hierarchy.

Lucy, Cocke's chief domestic slave, was the plantation nurse and teacher. Her letters, filled with details about spiritual, familial, and health matters, also display her skill at exploiting her master's trust and her uncommon boldness, for she spoke against whites to her master when she felt they hampered his slaves' education.

"Dear Master" affirms that these slaves and former slaves were not simply victims; they were actors in a complex human drama. The letters imply trust and affection between master and slave, but there were other motives as well for the letter-writing. The Liberian Skipwiths needed American-made supplies; moreover, the whole family may have viewed their relationship with Cocke as a chance to help free other slaves. In his new preface, Miller reevaluates his book in light of changes in the historiography of American slavery over the past decade.

This is a collection of letters from both Skipwith families to Cocke dating from 1834-1865, 'probably the largest and fullest epistolary record left by an American slave family.'

This is a devastating book. . . . It is a painful book, yes. It is a dangerous book, destructive of one's own assumptions. It is also a very absorbing work, a book that goes a long way toward breaking the riddles posed by an extremely complex chapter of American history. Pain and all, it should be read.

An extraordinary book, not only because it so vividly reveals the hopes, ideals, religious values and family attitudes of one group of Virginia slaves but also because the editor has so gracefully interwoven the lives of the slaves and their master with important questions concerning slavery and race relations in the nineteenth century. . . . This well-edited volume, with is useful bibliography, is a most important addition to the literature of slavery and the Civil War era

RANDALL M. MILLER is a professor of history at Saint Joseph's University, Philadelphia. He is the editor of the Pennsylvania Magazine of History and Biography, coeditor of The Dictionary of Afro-American Slavery and Shades of the Sunbelt, and coauthor of Ethnic and Racial Images in American Film and Television. 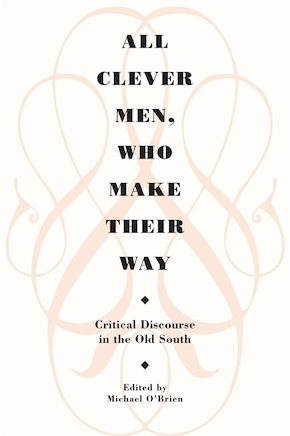