Home > Birth and Rebirth on an Alaskan Island

The Life of an Alutiiq Healer

The Life of an Alutiiq Healer

When Joanne B. Mulcahy first helped Mary Peterson-a respected elder of the Akhiok community-find a safe home away from the violence and alcoholism that had altered village life, she never imagined that they would meet again five years later and begin more than twelve years of interviews, letters, and visits that would transform the lives of both women.Birth and Rebirth on an Alaskan Island offers the fascinating story of Mary's life, from her experience growing up within the traditional society of Akhiok to her work as a teacher, a Community Health Aide, a mother, a grandmother, and an Alutiiq midwife and healer. Through her story we discover a society that blended native Alutiiq culture with the Russian Orthodox teachings handed down from late-eighteenth- and nineteenth-century colonists; that mixed modern education and employment with a subsistence lifestyle; that sanctioned arranged marriages but upheld civil divorce laws; and, above all, that recovered its confidence in traditional healing-both of the body and of the community.

More than a personal story of survival, Birth and Rebirth on an Alaskan Island portrays, in Akhiok, a resilience formed through a return to a strong sense of community. As we become acquainted with the Kodiak world through Mary Peterson's story, we come to realize the strength of the native oral tradition and to see that knowing and healing are pivotal elements of the Alutiiq way-particularly as they bring to light the previously unrecognized efforts, inspirations, and accomplishments of countless women healers.

A significant contribution to Alaskan anthropology and to the ethnographic literature about Alutiiq people. Joanne Mulcahy's writing is exceptional, and her scholarship meets the highest standards for ethnographic studies. Truly outstanding, she stands on the firm foundation established by Margaret Mead, Elizabeth Marshall Thomas, and Colin Turnbull.

—Richard Nelson, author of Make Prayers to the Raven: A Koyukon View of the Northern Forest

[This book] has taken on the important task of making certain that the lives of the healing women, the midwives, are not forgotten.

—Gordon L. Pullar, from the foreword

JOANNE B. MULCAHY is a folklorist and an anthropologist. She teaches through the Gender Studies Program and the Northwest Writing Institute at Lewis & Clark College. 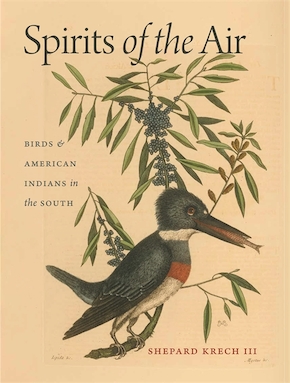