Home > The Civil War as a Crisis in Gender

The Civil War as a Crisis in Gender

The Civil War as a Crisis in Gender

Gender is the last vantage point from which the Civil War has yet to be examined in-depth, says LeeAnn Whites. Gender concepts and constructions, Whites says, deeply influenced the beliefs underpinning both the Confederacy and its vestiges to which white southerners clung for decades after the Confederacy's defeat. Whites's arguments and observations, which center on the effects of the conflict on the South's gender hierarchy, will challenge our understanding of the war and our acceptance of its historiography.

The ordering principle of gender roles and relations in the antebellum South, says Whites, was a form of privileged white male identity against which others in that society were measured and accorded worth and meaning—women, wives, children, and slaves. Over the course of the Civil War the power of these men to so arbitrarily construct their world all but vanished, owing to a succession of hardships that culminated in defeat and the end of slavery. At the same time, Confederate women were steadily—and ambivalently—empowered. Drawn out of their domestic sphere, these women labored and sacrificed to prop up an apparently hollow notion of essential manliness that rested in part on an assumption of female docility and weakness.

Whites focuses on Augusta, Georgia, to follow these events as they were played out in the lives of actual men and women. An antebellum cotton trading center, Augusta was central to the Confederacy's supply network and later became an exemplary New South manufacturing city. Drawing on primary sources from private family papers to census data, Whites traces the interplay of power and subordination, self-interest and loyalty, as she discusses topics related to the gender crisis in Augusta, including female kin networks, women's volunteer organizations, class and race divisions, emancipation, Sherman's invasion of Georgia, veteran aid societies, rural migration to cities, and the postwar employment of white women and children in industry.

Whites concludes with an account of how elite white Augustans "reconstructed" themselves in the postwar years. By memorializing their dead and mythologizing their history in a way that presented the war as a valiant defense of antebellum domesticity, these Augustans sought to restore a patriarchy—however attenuated—that would deflect the class strains of industrial development while maintaining what it could of the old Southern gender and racial order. Inherent in this effort, as during the war, was an unspoken admission by the white men of Augusta of their dependency upon white women. A pioneering volume in Civil War history, this important study opens new debates and avenues of inquiry in culture and gender studies.

LEEANN WHITES is the editor of Ohio Valley History and professor emerita of history at the University of Missouri. She is the author of The Civil War as a Crisis in Gender (Georgia) and Gender Matters: Civil War, Reconstruction, and the Making of the New South and coeditor of Occupied Women: Gender, Military Occupation, and the American Civil War and Women in Missouri History: In Search of Power and Influence. 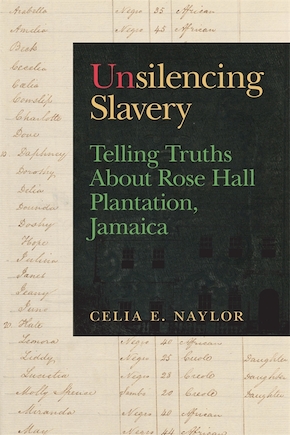