Through the summer twilight in the Depression-era South, word begins to circulate of a black man accosting a white woman. In no time the awful forces of public opinion and political expediency goad the separate fears and frustrations of a small southern community into the single-mindedness of a mob.

Erskine Caldwell shows the lynching of Sonny Clark through many eyes. However, Caldwell reserves some of his most powerful passages for the few who truly held Clark's life in their hands but let it go: people like Sheriff Jeff McCurtain, who did nothing to disperse the mob; Harvey Glenn, who found Clark in hiding and turned him in; and Katy Barlow, who withdrew her false charge of rape only after Clark was dead.

[Caldwell] still has his ability to penetrate the strange, futile, and apparently self-destructive behavior of the submerged folk of the Deep South and to reach into the very core of their being.

Caldwell's standards are the standards of perfection. . . . His calculated indifference is almost a sullenness to conceal his cold fury, his bitter scorn, of human obloquy.

The South is a country of incredible extremes. . . . Caldwell is one of the best and fairest recorders of them.

In language as simple, melodious, and disarming as the drawl of his outlandish characters, Caldwell depicts the bucolic tenderness and almost genial brutality that overtakes a Southern community.

[Trouble in July] stands on its own feet, a work of art. . . . Caldwell is always the disciplined artist. 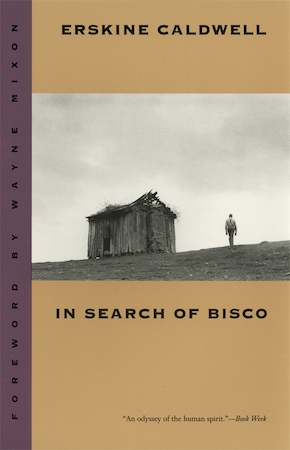