Home > Scriptures for a Generation

What We Were Reading in the '60s

What We Were Reading in the '60s

More than fifty writers, from Timothy Leary and Malcolm X to Helen Gurley Brown and Rachel Carson, are individually profiled in this lively survey of the literature of the 1960s. A look at the books behind the decade's youth movements, Scriptures for a Generation recalls the era as one of unprecedented literacy and belief in the power of books to change society. In showing that the generation that came of age in the '60s marked both the height and the end of "the last great reading culture," Philip D. Beidler also implies much about the state of literacy in our country today.

Featured are bona fide 1960s classics ranging from Kahlil Gibran's The Prophet and Kurt Vonnegut's Slaughterhouse Five to Carlos Casteneda's The Teachings of Don Juan and the Boston Women's Health Book Collective's Our Bodies, Ourselves. Represented as well are such works of revered elders as Hermann Hesse's Steppenwolf and Henry David Thoreau's Walden. Beidler's coverage also extends to works of the early 1970s that are textual and spiritual extensions of the 1960s: the Portola Institute's Last Whole Earth Catalog, Annie Dillard's Pilgrim at Tinker Creek, Robert Pirsig's Zen and the Art of Motorcycle Maintenance, and others.

Beidler speaks with the unwavering clarity of someone well-schooled in American literature and culture.

Beidler's compendium is a smart and witty primer on the books and writers that informed the youth generation. 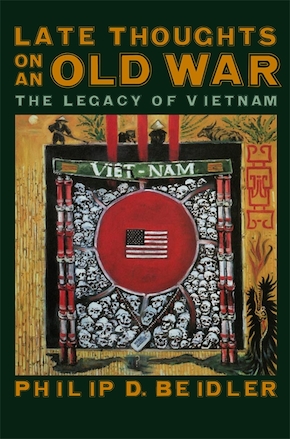