Home > You Have Seen Their Faces

You Have Seen Their Faces

You Have Seen Their Faces

In the middle years of the Great Depression, Erskine Caldwell and photographer Margaret Bourke-White spent eighteen months traveling across the back roads of the Deep South—from South Carolina to Arkansas—to document the living conditions of the sharecropper. Their collaboration resulted in You Have Seen Their Faces, a graphic portrayal of America's desperately poor rural underclass. First published in 1937, it is a classic comparable to Jacob Riis's How the Other Half Lives, and James Agee and Walker Evans's Let Us Now Praise Famous Men, which it preceded by more than three years.

Caldwell lets the poor speak for themselves. Supported by his commentary, they tell how the tenant system exploited whites and blacks alike and fostered animosity between them. Bourke-White, who sometimes waited hours for the right moment, captures her subjects in the shacks where they lived, the depleted fields where they plowed, and the churches where they worshipped.

You Have Seen Their Faces contains some of the best work of both writer and photographer.

I don't know that I've ever seen better photography. . . . Mr. Caldwell has done some of his finest writing for this book.

Erskine Caldwell (Author)
ERSKINE CALDWELL (1903-1987) was born in Newnan, Georgia. He became one of America's most widely read, prolific, and critically debated writers, with a literary output of more than sixty titles. At the time of his death, Caldwell's books had sold eighty million copies worldwide in more than forty languages. He was elected to the American Academy of Arts and Letters in 1984.

Margaret Bourke-White (Photographer)
MARGARET BOURKE-WHITE (1906–1971) was among the world's most celebrated photojournalists. One of the original staff photographers at Fortune and Life magazines, she is best known for her portraits of world leaders as well as such series as those on the Depression-era rural South, World War II, India, South Africa, and the Korean conflict. 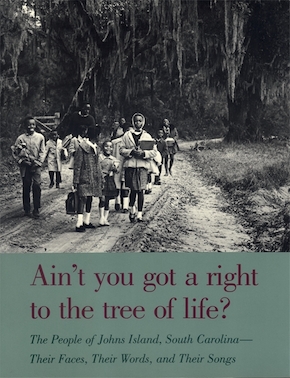 Ain't You Got a Right to the Tree of Life?