Set in the peach country of north Georgia during the 1930s, D.J.’s Worst Enemy is the story of a twelve-year-old boy deeply at odds with himself.

It seems as if D.J. Madison would prefer to make enemies than friends. His pranks have a mean-spirited edge to them, especially those he plays on his tag-along younger brother, “Skinny Little Renfroe,” and his know-it-all older sister Clara May. D.J.’s friend Nutty is content with the friendly rivalry he and D.J. have with the four Castor boys who live nearby. D.J., however, would rather fight them for real than just wrestle. But, what D.J. does and what he feels inside are two different things. He knows that times are hard enough for his family. He really wants to act better toward them—toward everyone—but is not quite sure where or how to start.

Finally, D.J. goes too far. He seriously injures Renfroe and then ruins Clara May’s chances for a coveted community honor. Rather than get even, both Renfroe and Clara May turn to their family for support. In their strength D.J. finds his own, and vows that he will no longer be his own worst enemy.

Robert Burch writes with a sure touch and an instinctive understanding of boys in an unusually strong first-person narrative that can be read with pleasure by girls as well.

There is nothing bland about the regional picture of farming and peach-picking or about the portrayal of family relationships; rather, there is a striking vitality, due to D.J.’s keen perception and humor and his growth in appreciation of his family.

ROBERT BURCH has been praised by Atlanta Weekly magazine as "the author of some of the finest, most satisfying books for young people to be written in the South in this century." Author of nineteen books for children, Burch is a three-time winner of the Georgia Children's Book Award, an honor bestowed by the schoolchildren of the state. His story Queenie Peavy is a winner of the Children's Literature Association's Phoenix Award. He is a native of Fayette County, Georgia. 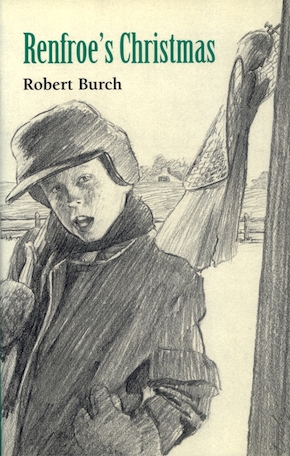 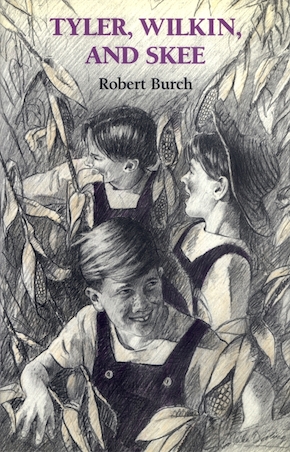