WILLIAM H. GREGG (1838-1916) was born in Jackson County, Missouri. He was married to Elizabeth Eleanor Hook; they had five children. During the Civil War, Gregg served under William Clarke Quantrill from late 1861 to early 1964. After leaving Quantrill's band, he joined General Joe Shelby and was made a captain in Shanks's Brigade. After the war Gregg returned to his farm in Jackson County and served as a deputy sheriff, during which time he wrote of his experiences with Quantrill. 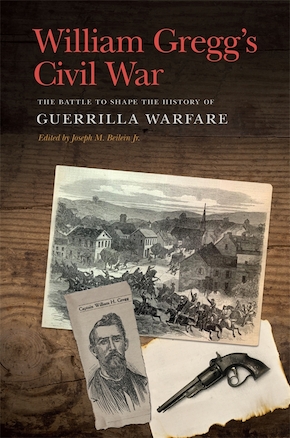