RICHARD SCRUSHY was born in 1952 in Selma, Alabama to working-class parents, himself going to work at a local hamburger-and-milkshake stand and as a hotel bellboy at the young age of twelve. After years of hard work as a young man, Scrushy built healthcare giant HealthSouth in Birmingham. This is but one example of his business prowess, as he has founded three billion-dollar companies. In 2004, twenty years after founding HealthSouth, Scrushy was tried for and acquitted of thirty-six counts of fraud. The former HealthSouth CEO was also indicted (and ultimately convicted) for bribery alongside then-governor Don Siegelman. Now released and rebuilding his life, Scrushy sets the record straight in It Should Not Happen in America. 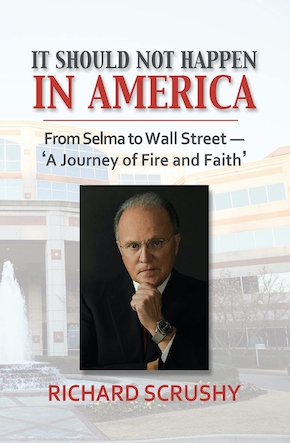 It Should Not Happen in America