RICHARD BEALE DAVIS (1907–81) was a literary historian, professor, and documentary editor. Davis edited several works about Virginia and early southern history, including The Correspondence of Thomas Jefferson and Francis Walker Gilmer, 1814–1826 and The Colonial Virginia Satirist: Mid-Eighteenth-Century Commentaries on Politics, Religion, and Society. Honors Davis earned in his lifetime include the Guggenheim Fellowships of 1945 and 1959 and being named Honored Scholar of Early American Literature in 1977. 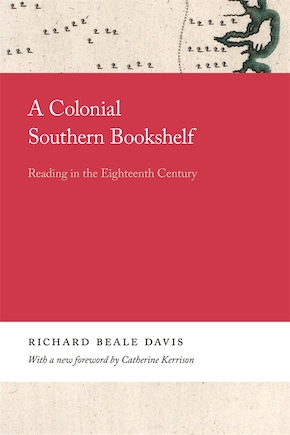