LIONEL F. PINN SR. (1923-1999) was a soldier of three wars and countless battles. A POW in all three wars (WWII, Korea and Vietnam). Awarded the Bronze Star w/oak leaf cluster and four Purple Hearts. After his last Retirement he went into Law Enforcement and eventually became the Chief Jailer at the Marshall County Alabama jail. He was inducted into the Ft. Benning, Georgia's Infantry Museum's "Triple CIB Hall of Honor" in 1992 and the "Alabama Senior Citizens Hall of Fame" in 1997. His critically acclaimed biography, Hear the Bugles Calling was released in 2001. Lionel live out his life in Guntersville, Alabama. He would occasionally speak at schools and other gatherings about his heritage and military life. According the his Enlistment records Lionel enlisted November 18, 1941 at the age of 18, in the Quartermaster Corp of the US Army. He weigh 144 pounds and stood 70 inches high. Lionel was buried with full military honors at the Arlington National Cemetery [Sec 66 Site 5364]. 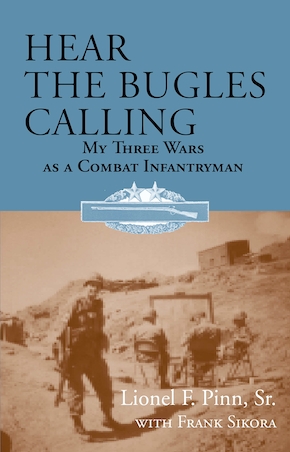