KENNETH ROBBINS is Director of the School of the Performing Arts at Louisiana Tech University. The City of Churches is his fourth novel. His first, Buttermilk Bottoms, received the 1986 Toni Morrison Prize and the Associated Writing Programs Novel Award. Also a playwright, his works for the stage have received the Festival of Southern Theatre Award, the Charles Getchell New Play Award, a Corporation for Public Broadcasting Program Award, and have been produced throughout the US, Canada, Great Britain, Japan, and Denmark. 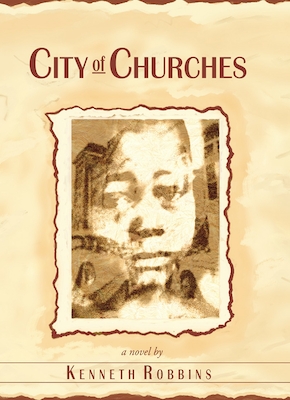