J. MACK LOFTON JR., a resident of Mountain Brook, Alabama, writes for regional magazines and for newspapers in Birmingham and has published two books with the University of Alabama Press, Voices from Alabama (1993) and Healing Hands: An Alabama Medical Mosiac (1995). He is a native of Philadelphia, Mississippi, and graduated from Mississippi State University after serving in the Navy. He began writing full time after a thirty-four year career with Sears, Roebuck and Co., and has been active behind the typewriter, word processor, and computer for twenty years. 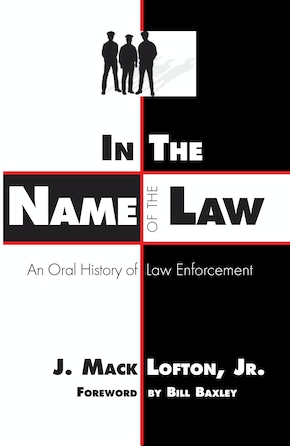 In the Name of the Law