CLARENCE L. VER STEEG (1922-2007) was a professor of history at Northwestern University and served as the dean of its graduate school. He taught American history until his retirement in 1992 and published dozens of articles and textbooks. Northwestern University named the Clarence L. Ver Steeg Professorship in the Arts and Sciences in his honor. 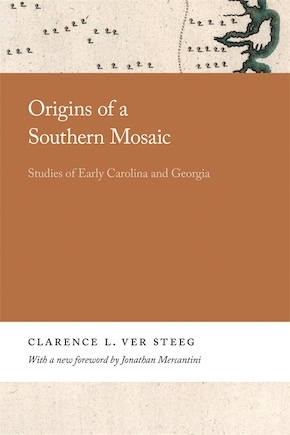 Origins of a Southern Mosaic