C. T. VIVIAN (1924-2020), called "the greatest preacher who ever lived" by Dr. Martin Luther King, was an iconic civil rights leader known for his strong principle of nonviolent action. Born in Missouri in 1924, Vivian briefly lived in Illinois before moving to Nashville, where he attained a degree in theology and joined John Lewis, Diane Nash, and others to integrate the city in 1960. After being imprisoned and beaten during the Freedom Rides, he joined Dr. King at the Southern Christian Leadership Conference and played leading roles in integration and voting rights efforts in Birmingham, St. Augustine, and Selma. C. T. Vivian was awarded the Presidential Medal of Freedom in 2013 by President Barack Obama. 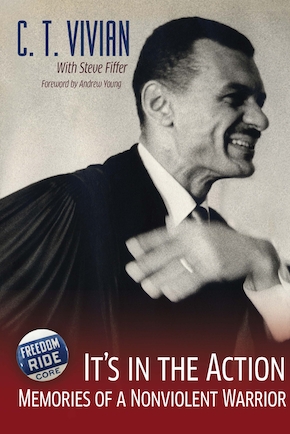