ARTHUR G. WORTHY was raised in Marengo County, Alabama and became one of the first black police officers in Montgomery, Alabama. Worthy was later nominated for a deputy marshal position in the Middle District of Alabama and served with distinction for twenty years. In retirement, Worthy became a widely recognized expert on the subject. He also spent time working with youth and community organizations and traveling with his wife, Mildred. 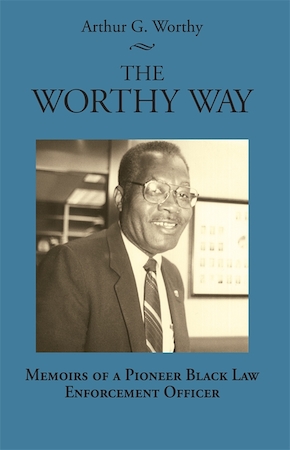