ALFRED G. STEER, JR. received his master's from Duke University in 1938 and his doctoral degree from the University of Pennsylvania in 1954. He had a distinguished naval career during World War II, and in 1945 he was appointed chief of the interpreters and translators of the Nuremberg trials in Germany. Steer was a Goethe specialist and published many books and articles on his work such as Goethe's Elective Affinities: The Robe of Nessus and Goethe's Social Philosophy as Revealed in "Campagne in Frankreich" and "Belagerlung Von Mainz". The A. G. Steer Professorship in Goethe Studies was established through a gift from the estate of the late Dr. Steer, who came to the UGA in 1967 to head the newly formed department of Germanic and Slavic Studies. He retired from the university in 1983 and died in 2003. 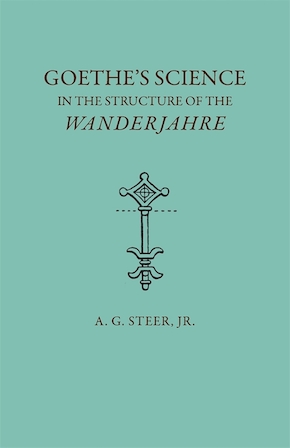