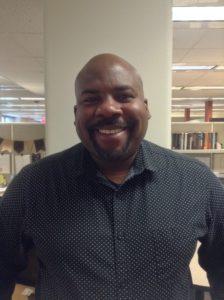 In my alternate reality, I write criticism and longform nonfiction about popular culture and its interactions with politics, ethnicity, intellectual history, and lived experiences both individual and systemic. Alternate realities, of course, bleed into regular reality—you can’t have the first without the second. So, the books that I acquire tend towards these intersections, and the conflicts, compromises, and connections that such intersections cause. That being said, “interdisciplinarity” isn’t my only buzzword. If a project leans hard into a single discipline, and does it in ways that nudge the discipline along with analyzing the ostensible subject of study, I’m all for that, too.

In my alternate alternate reality, I attend a lot of Phish shows, listen to a lot of skronkety-skronk weird jazz, and watch a lot of offbeat and experimental cinema. I am also the author (with Daniel Couch) of Bob Mould’s Workbook in Bloomsbury’s 33 1/3 series.